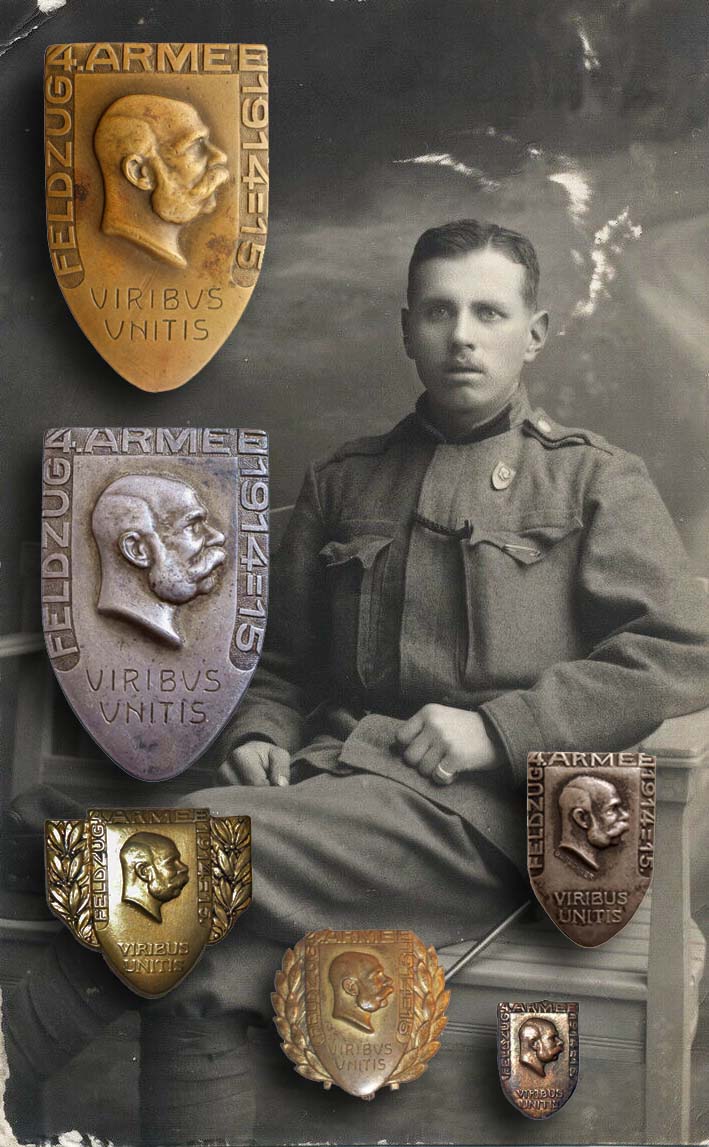 The 4th Army was deployed to the Russian front at the beginning of the Great War. It fought there until the end of the war. Its composition of course, sometimes changed. Some divisions occasionally were replaced by others. Occasionally it operated in partnership with the German 11th Army. In some major operations it was subordinate to German command. For example, the German 11th Army, which was then freshly transported to Galicia and the 4th Austro-Hungarian army, played the main role in the breakthrough in Gorlice in May 1915. They were merged in the Army Group Mackensen. The great Russian offensive in the Summer of 1916 was directed mainly against the 4th Army. Its commanders were Infantry General Auffenberg, then Archduke Ferdinand Joseph, infantry general, and later Generals Tersztyánszky and Kirchbach. The army badge is very common, it’s been made in large numbers. Pieces were made primarily with the year 1915, and the date 1916 is much rarer. It was made in a wide variety of sizes and material variants. The opening image seeks to show this diversity, without the aim of completeness. It shows the three sizes. There are also four material variants. The middle-sized badge features extra decorative elements on the tombak pieces. The piece of this size on the right side of the image is made of silver. One of the big badges is tombak, the other is an iron plate. But there was also a version made of zinc plate (war metal), represented in this post by the 1916 badge. Many other variations have been prepared in the workshop of the Gurschner company in Vienna. There was also a silver version of the larger badge.

The soldier in the photo wears this badge as irregular as possible above the left jacket pocket at the site of the medals.